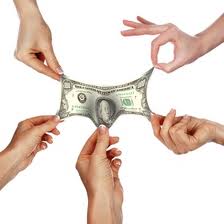 When my wife and I were in our late twenties, we started working with a few charities.  Every holiday season, we would host a big party since many of our friends’ families were out of town. Friends would inevitably ask what they could bring. Our response - your checkbook (back when there was no such thing as Venmo) to make a donation to one of two charities we selected to support that year.  We were always amazed by the generosity and the amount of money we helped raise.

Fast forward 10 plus years.  Times have changed, but our desire to give back has not.  Non-profit’s communication strategies have also not changed much over the last decade. Many still use traditional mailings for fundraising and information sharing – even in today’s landscape of paperless transactions.

Before we know it, the holiday season will be upon us, one of the most popular times for people to donate to charities. In fact, according to Network for Good, over 30 percent of annual giving is received in December. In preparation for the busy donation season, non-profits must consider new ways to reach their donor bases. Two of the strongest demographics to target with mobile fundraising requests are Millennials and Generation X. A whopping 87 percent of Millennials and 60% of Gen Xers donated money to a non-profit in 2014. While there’s no doubt that Millennials prefer to be reached on mobile devices, with 77 percent using a smartphone daily, 60 percent of Gen Xers make the same claim.

It’s clear that consumers want to donate, but it’s time to let them give in a way that’s more convenient – via mobile devices. Changing up the delivery platform for fundraising requests and communications can significantly reduce administration and overhead costs, allowing more money to go directly to the cause. Charities can use mobile marketing to efficiently reach their donor bases, as well as new potential donors with targeted messages.

There are a few simple ways for non-profits to embrace new technologies.

Voice Broadcast/IVR. Charities can easily set up an IVR phone system to reduce staffing for incoming calls. This type of automated answering system will help direct consumers calling your non-profit to the action they want to take; e.g. press 1 to donate; press 2 to volunteer; press 3 to hear a list of upcoming events. Companies can also make multiple outgoing calls at once to save even more time and manpower, by setting a recorded message to go out to opted-in supporters and donors. Charities can get creative by having a celebrity sponsor record a message to entice consumers to donate. Voice message blasts are an efficient alternative to having staff waste valuable time making calls one at a time.

Text Messaging. Only one in 10 non-profits have set up online giving and less than a quarter (23%) are able to measure mobile payment processing. Take advantage of the fact that Gen X and Yers are glued to their mobile devices, and target them on their own turf.  They may not be looking at emails, but they’re definitely opening their text messages (Juniper Research found that text messages have a 97% open rate). Use this platform to keep donors engaged and connected by sending messages on company news, requests for donations, updates on progress and fundraising goals, upcoming events, volunteer activation, and more.

Why aren’t non-profits making the most of their marketing dollars by implementing cost-efficient mobile strategies? Mobile marketing can help charities mobilize supporters, raise money, and inspire the public to change the world, while reducing overhead expenses and freeing up more staff and volunteers’ time. It’s time to bring non-profits into the digital age and empower them with the power of mobile technology to help those who are in the most need.