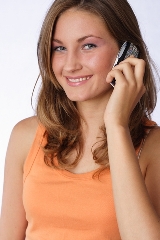 Most nonprofits would find it impossible to operate without cell phones these days. However, it is important to choose the right handsets and carriers to get the job done.

The criteria for selecting carriers and handsets are as varied as the nonprofits themselves. For some, like the American Red Cross, disaster relief requires collaboration and mobile compatibility with federal relief agencies, such as FEMA, which have adopted their own standards and regulations. For the American Red Cross and other nonprofits, cell phones are also the lifeline from remote places.

We rely on T-Mobile's World Service to make sure we can make calls in some of the most remote locations in the world; our mission and efforts depend on it, says Alexi Panos, co-founder of E.P.I.C. (Everyday People Initiating Change), a New York-based non-profit that is drilling clean, sustainable water wells in Tanzania, Africa.

Bill Driscoll, domestic operations director for Hands On Disaster Response (HODR), relies heavily on his iPhone home or abroad. HODR, a disaster relief organization that aims to be on the ground with volunteers at a disaster site within 7 days of the event to clean and start the rebuilding process in order to get families out of shelters and back into their homes, responded to Biloxi, Miss. following Hurricane Katrina; Cedar Rapids, Iowa during last year's flooding; and provided Hurricane relief in Haiti before launching Project Mena in Arkansas following the April 9th tornado.

In addition to its basic phone capabilities and access to the Internet, which negates his need for a laptop in the field, Driscoll says he relies on his iPhone for real-time weather radar, as weather in a disaster area is often still volatile and hampers progress.

Beyond aiding the missions of nonprofits, cell phones are also essential to fundraising but in increasingly creative ways designed to combat the challenges of the current global recession.

It isnt about the cell phone service or provider for us, says Leslie Caplan, president and chief executive officer of Newhouse, a shelter for women and children who are victims of domestic abuse. We collect old cell phones  and we only need the batteries, not the accessories -- to turn into a company called Shelter Alliance. In turn, they pay us for each phone. The amount varies on the age of the phone--$.50 to $35.00. We dont care about the brand or the service in the end. We simply want the phone to help with our fund raising efforts."

Verizon Wireless HopeLine works similarly. HopeLine collects no-longer-used wireless phones, batteries and accessories in any condition from any wireless service provider by mail and in Verizon stores. Phones that can be refurbished are sold for reuse and those without value are disposed of in an environmentally sound way, under a zero landfill policy. Proceeds from the HopeLine program are used to provide cash grants and wireless phones to domestic violence agencies and organizations nationwide, for use by victims and survivors as they rebuild their lives, says Terri Stanton, manager of Corporate Communications at Verizon Wireless.

Cell phone features can aid fundraising efforts in a more direct fashion as well. With 800 attendees, 45 restaurants, and 20 wineries, event traffic management at Taste of the Nation in Manchester, NH could be a challenge, explains E.J. Powers, public relations and marketing chair of Taste of the Nation. For this years event, we partnered with Zingr Communications to use mobile messages delivered right to peoples cell phones to help move patrons around the exhibit hall and in attracting larger audiences to key areas of interest, such as the close of the silent auction. Event attendees opt-in for the cell phone notifications during the event.

While cell phones are used differently throughout the nonprofit world, there are a few key features and services all nonprofits need: