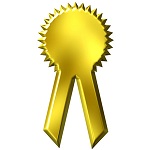 Without donors, your organization won’t be successful. Recognizing the contributions made by your donors is just as important as convincing them to donate. While people donate to a cause because they believe in its mission, they still want to feel appreciated.

Here are a few ways to recognize your donors.

Show and Tell
A low-key but effective method of thanking donors is to show them the direct result of their donations. Providing your donors with stories and photographs that show the meaningful impact their donations made can turn a one-time donor into a lifetime donor.

Small Tokens
Many organizations like to recognize their donors with plaques, thank-you ceremonies, or including donor names in their in programs.

One Note Goes a Long Way
Your mother was right; nothing expresses your gratitude like thank-you letter. So make sending one to your donors a priority. A majority of fundraising software available today includes a donor recognition module that automatically generates a thank you letter when the donation is recorded.

Throw a Party
Whether it’s a private black tie reception for your largest donors or a casual open house/cookout at your headquarters, a party is always a great way to show your appreciation. Just remember to keep it fun and make sure the focus remains on the impact your donors have made on your organization.

More Private-Personalized
Everyone likes to feel special. Consider having a special “behind the scenes” tour for donors, special donor nametags, or give them premium seating at events.

Donor Walls
A donor wall is always a popular method for recognizing donors. While in year’s past, a donor wall meant nothing more than an assemblage of bricks or names engraved on a plaque, now companies like Judaica Engraving International can create donor recognition walls that qualify as a work of art. Stylish and customized to represent your organization, there is no limit to what you can create.

More companies are offering non-profits scalable changeable donor walls that incorporate technology. These installations integrate traditional with modern. Traditional plaques or murals are side by side with interactive touch screens.

The benefit of such installations is that they are eye catching and easily updated, to keep them visual interesting. People read them and are encouraged/inspired to give themselves.

Don’t limit donor walls to just the offline world. Consider putting an online donor wall on your organization’s web page. It can be as simple as a separate tab or can be more elaborate such as those provided by virtual donation wall companies.

With Memsaic virtual fundraising wall, donors can buy a “brick” which they can then customize with photos etc. The wall is available for view online. One word of caution many donors feel that virtual donor walls lack the sense of permanence that traditional donor walls provide.

Social Media
In today’s digital world, it makes sense to use social media channels to thank your donors. Organizations use Twitter, Facebook and YouTube to tell their supporters thank you.