The Changing Landscape of Donor Communication 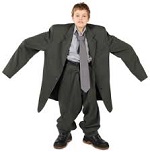 One size does not fit all, and nowhere is that more apparent then in the nonprofit world. Yes, your donors have something in common; belief in your mission, but that may be all that they have in common.

Too often, nonprofits believe that this one commonality means that they can treat all their donors the same, especially when communicating with them.

It is time to ditch the one size fits all method. Every donor is different, so you can’t expect to reach you donors using only one method of communication. You also can’t go on thinking that because you’ve always communicated via one method that no other method will work.

Take text messaging, according to research conducted by Edge Research for Abila, 55 percent of millennial donors (those ages 18 to 34) say that occasionally receiving a text message from a nonprofit is acceptable.

At first, it may seem impossible to communicate with your entire database in the method they prefer, but really, it is simple. How? By segmenting your database with segmentation, you group your donors based on what you know about them, which in this instance is their preferred communication method.

No matter which communication method your donor prefers you must always convey your message and leave the donor understanding why they should donate now.

Research has shown that donors give because they believe in the mission and the organization. They also give to feel involved and valued, but that they won’t give from a sense of guilt or obligation and they will definitely not give just because they received a communication from your organization.

While they methods have changed, the reason for communication has not. The top three reasons why organizations communicate with their donor base are to engage, retain and acquire donors. Yet, almost 40 percent of organizations report feeling they lack the time to create quality, engaging content.

Even that is evolving with the switch to mobile devices versus desktop devices. Now, websites and email must be optimized for mobile use. In an increasingly mobile reliant atmosphere, having an email or website that doesn’t look good on a mobile device almost certainly guarantees that the potential donor won’t become a confirmed donor.

Last modified on Monday, 25 May 2015
Read 3899 times
Rate this item
(0 votes)
Tweet
Tagged under
More in this category: « Gramming for Good Gravity for Nonprofits »